BWRT® stands for Brain Working Recursive Technique™, a model for help with personal issues created by UK professional therapist Terence Watts, MCGI. It’s a totally confidential method that does not require you to reveal your private information or personal secrets to your therapist and it is carried out in a completely conscious state. It does not use hypnosis or any concepts that might be considered mystical or unscientific – it’s completely logical, practical and down-to-earth, and for it to succeed only needs you to know what you want to change in your life. Only Certified Practitioners have been trained to deliver BWRT® and all have to adhere to a strict ethical code.

Please note:  BWRT® training assumes that you already have a sound knowledge of working with people and their problems and are currently in practice. The course is designed for the professional ‘mind worker’ (using any of the accepted methodologies including NLP), professional therapist, psychotherapist, psychologist, counselor or medical practitioner currently in practice. We reserve the right to refuse enrollment if we deem it necessary to do so for whatever reason.

What can I expect from BWRT® Training?

Fees include all lessons, notes, and final assessment.

You can expect a warm and friendly classroom based training in an environment that encourages you to explore and learn about BWRT® Level 1. With plenty of practical demonstrations.

For upcoming Level 1 classes click HERE.
BWRT® LEVEL 2
Level 2 of Brain Working Recursive Therapy allows you to make deep and lasting change in the psyche with unprecedented speed, using techniques that have been developed directly from the work of Level 1.
With the new techniques that have been created and tested ‘in the field’ we can create lasting change to such resistant conditions as:

All the above have a particular element which is usually absent in most of the issues with which we have worked using the protocol covered in Level 1 and where it is present, it is in a minor form which causes no real conflict or interference with any part of the work. The element itself is well-enough known and indeed has often been recognised to be at the core of many psychological problems. Until now though, seeking to make changes to it have proven to be laborious, unreliable and often short-lived.

The element is: Core Identity
In most of the situations listed, and many others like them, there is an almost inextricable link between the behaviour and the core identity of the individual exhibiting it.
We are not talking here about how an enlightened or psychologically educated person would see such an individual but how the general population might perceive them and how they therefore might perceive themselves. And if they believe that’s how others see them, then it becomes part of their core identity, of course. 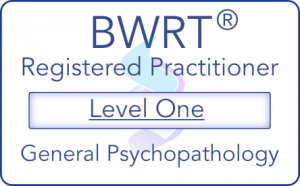 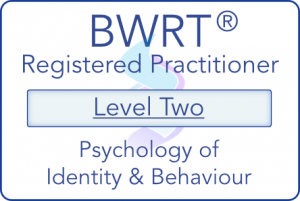